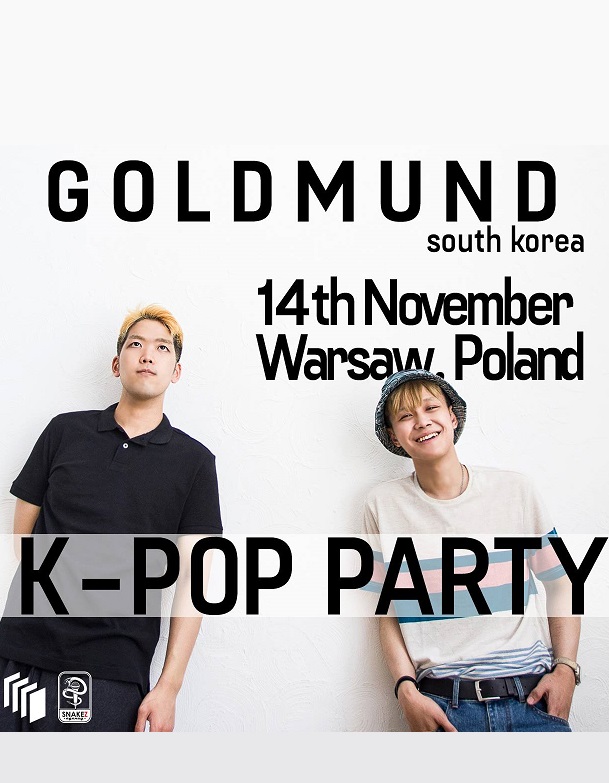 Goldmund (South Korea)
https://www.facebook.com/goldmund.kr/
https://soundcloud.com/goldmundkr
Goldmund is an electronic music band from South Korea. The band got started as Hyuntai(Vo/G, 23) and Stray (Producing and synthesizer, 20) meet in Stray’s workplace in July 2013. Stray was an electronic music producer who had wanted to mix rock music and electronic music together so liked Hyuntai’s past works―before organize Goldmund, Hyuntai wrote his own song inspired by Japanese rock music.
Soon Goldmund release their 1st album „Unplanned Works” in March 2014. „Unplanned Works” literally showed their unplanned works―from in some genre of electronica. 'Stereotype Lovesong (feat. YUKARI)’, the title of the album become the talk of the town with a fascinating voice of the dream pop musician YUKARI. An glamorous energy in „Unplanned Works” was a kind of new waves of electronic music scene of South Korea so they were invited to many big events: AMFAIR, WATMM, HELLO ROOKIE, ZANDARI FESTA, etc.
In 2015 band give their first overseas tour – they perform with success over 20 shows in Russia, Ukraine, Kazakhstan and Bulgaria.
After that they started to work on new album – Alive!, and now, in 2016 they are going to show it worldwide with their world tour!